The "Honor Rework" describes a planned feature that was mentioned by Riot several times in the past, but was directly announced in the "Riot Pls" video in march 2017 [649].
Another video of "Riot Pls" released in may, and statements by Rioters revealed further information about the new Honor System.

Riot is aiming to release the new Honor System in patch 7.13. [662]
It'll be more integrated into the game, and will have a greater influence overall.

After the game, players will be presented with a screen that lets them choose one teammate to honor.
There are three different Honor categories: 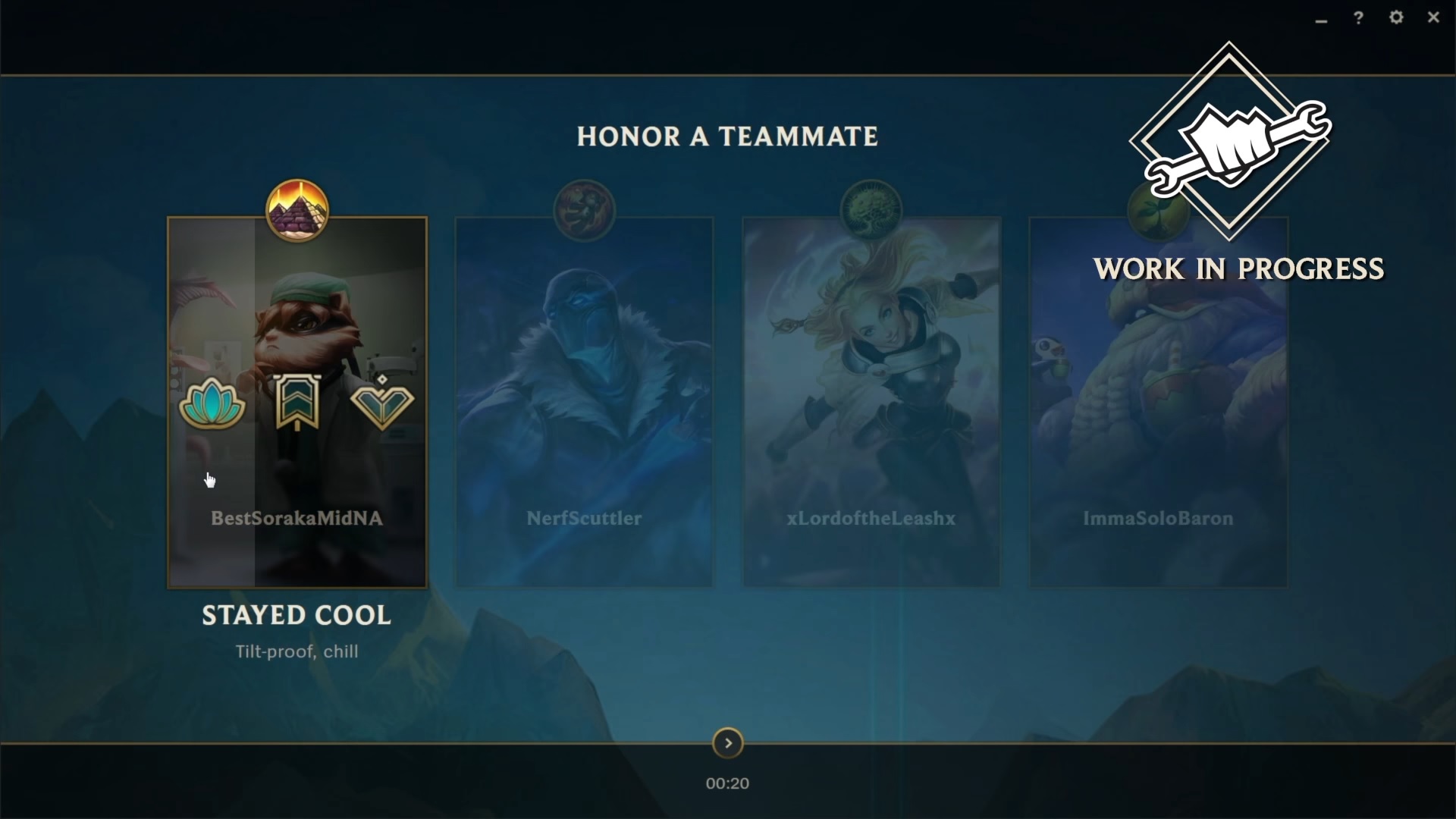 In the post-match lobby players will be able to see the honor they received.
If a player has been honored by at least three players, this will be visible to the entire lobby.

Honors will contribute to the honor level each player has. Everyone starts at level 2, consistently playing to win and being a positive teammate will increase the level to 5 at maximum. However, receiving honor is not necessary to level up and the only way to drop levels is by receiving penalties. This will reset the level to 0 or 1.

Just like the Rank, the honor level will reset with the new season.
[661]

If a player reached honor level 3 and above, receiving 1 honor from a stranger, or two honors from premades unlocks a flair which lasts for one game.
This will be visible in the next loading screen the player enters, and can be earned again each match.
Both allies and enemies will see this emblem.
[661]

Riot announced that there will be more rewards connected to honor, though no specifics have been shared.
This will include exclusive content.
[662]

In the future Hextech keys will drop through the honor system.
There is no direct causation between honors and receiving key fragments, they will drop randomly while you are logged in.
Similar to the current system, being punished by the Instant Feedback System, and thus dropping below honor level 2,
will make it impossible to receive keys until the player levels up again.
[661]

Riot already has some post-launch updates in mind.
It is planned to introduce a way to "recognize" enemies and more than one teammate.

Riot is thinking of a way to reward the players who invested a lot of effort into the current honor system.
[661]